Question: I have Department 56 Dickens Village Houses and want to look at scale modeling and model railroad train accessories to add to my scene. The people are from 2.5 to 2.75 tall and houses are up to 9.25 tall. Is there a train or hobby scale that will fit this scale so that I can interchange the two? I did not know where to get the information so thought I would try you. Thank you so much for your help! 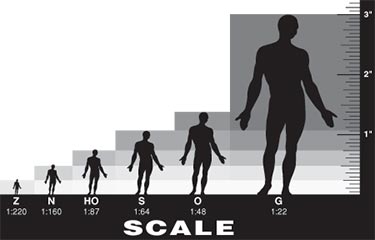 Thus ... Dept. 56's Dickens Village is all over the place as far as scale goes! You need to make a decision as to whether you want to continue to mix and match as Department 56 does, or if you want to be more consistant in scale and go for matching the scale, to the scale of the bulk of the Dept. 56 Dickens Village houses and buildings. If you choose the later, you'll either want HO or O Scale, depending on the scale of most of your houses and buildings.

Question: I have a dollhouse that I have been working on for awhile. I am not sure what scale furniture to use in my dollhouse. Is there a simple way to figure this out? Please help.

Question: I collect model diecast cars in the 1/24 scale from Franklin and Danbury Mint. I would like to build some scale period garages for display, but am confused about scales. What scale would "1/24 scale" translate into for ordering miniature and railroad components and supplies? Would that be "G" scale otherwise known as "1/2" scale?

Answer: Yes..."G" scale.
G scale is a broad scale. In model railroading, there are a number of train and model railroading manufacturers that make trains and accessories in what they call "G" Scale, but they actually vary is scale between manufacturers, from 1:20, 1:22, 1:24 & 1:25 (1/2" scale). Because 1/2 Scale or (G) Scale or 1:24 Scale items are hard to find, most hobbiest and scale modelers will mix and match the use of items across the spectrum of the scale.

Question: Do you have any windows and doors to fit 1/6 scale houses? I am building a Barbie house and I am having a hard time finding the right size items, especially doors?

Answer: A Barbie Doll or Fashion Doll will be 11-12" tall, which is considered a PLAYSCALE "Barbie Size", Fashion Doll (2"=1') Scale dollhouse. The dollhouse doors will be approximately 12-14" high.
Refer to our PLAYSCALE Doll House Supplies pages.

The scale numbers mean nothing if I don’t have the dimensions of the original item. I am looking at the scale items at your website from 121 Scale to 1:160 Scale and have no idea how to relate to these numbers. Please provide guidance.
Here is the best way for us to help you to easily understand "scale" with this bit of information below.

Hope this bit of information makes working in scale a little easier for you to understand.

Check out all of Oakridge's Scale Modeling Conversion Charts below and then go to the areas of our website to find the scale items that you are modeling in. Happy modeling!! 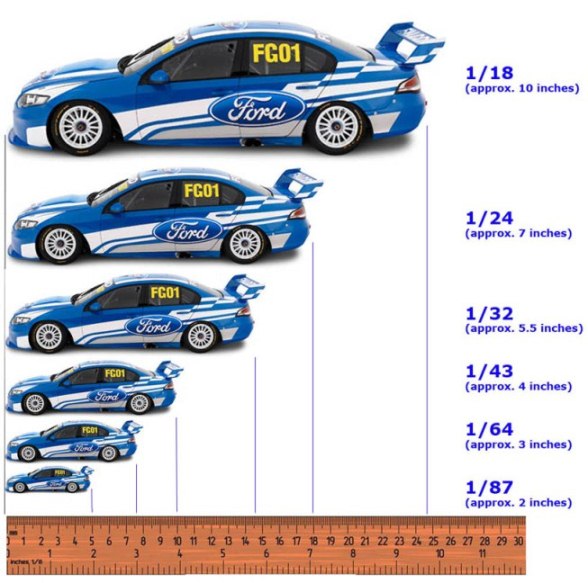 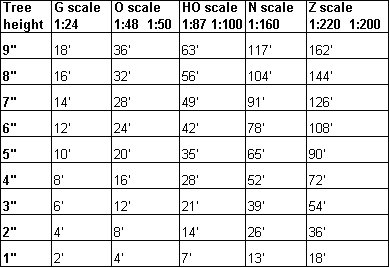 "In Scale" is the relationship between the size of two items. In model railroading, it is generally expressed as a ratio.
For example: HO scale is 1:87, that is one inch on the model to 87 inches in the real world.
This chart shows the average man in common scale in model railroading.

There are no products listed under this category. 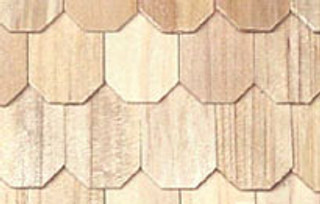 The shingles I ordered met my every expectation. I will be using Oak Ridge Hobbies as my first resource for future hobby needs. 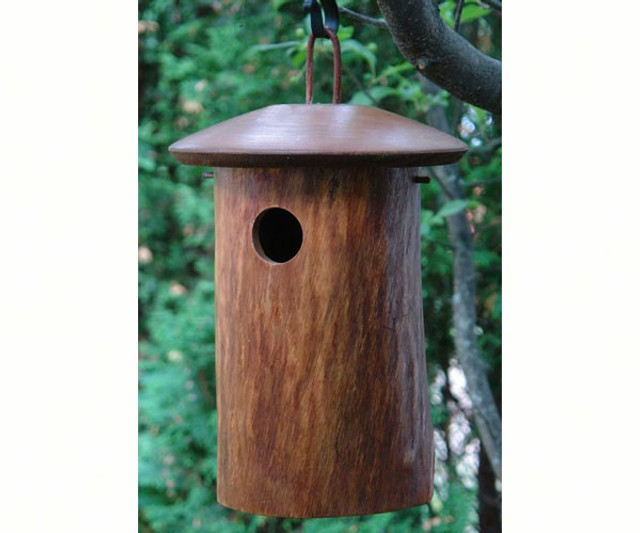 I was looking for a birdhouse and decided on the Byer of Maine Natural Wood Bluebird Bird House (BYERMTCD110). In checking prices, I found this site had the birdhouse on special. The transaction and shipping was fast and the item was wrapped up nice to prevent damage. The birdhouse is beautiful and the craftsmanship is wonderful. This will last a long time in my garden. 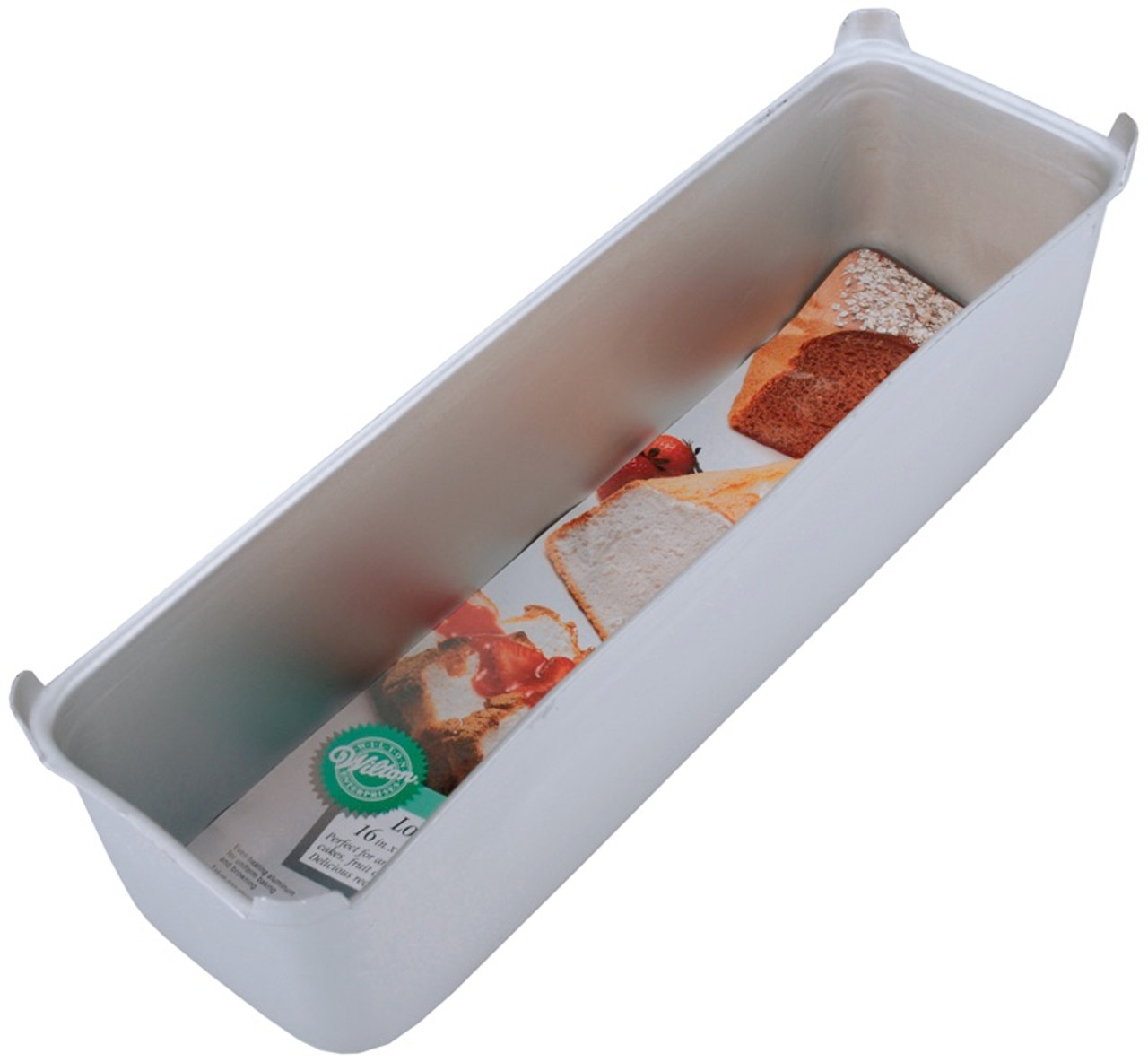 This is the BEST price online for this product! Quality is good. Produces good endbake, nice and even, bought 21, and now I am going to order 40 more. Customer service is very responsive! Thanks. Overall good experience. 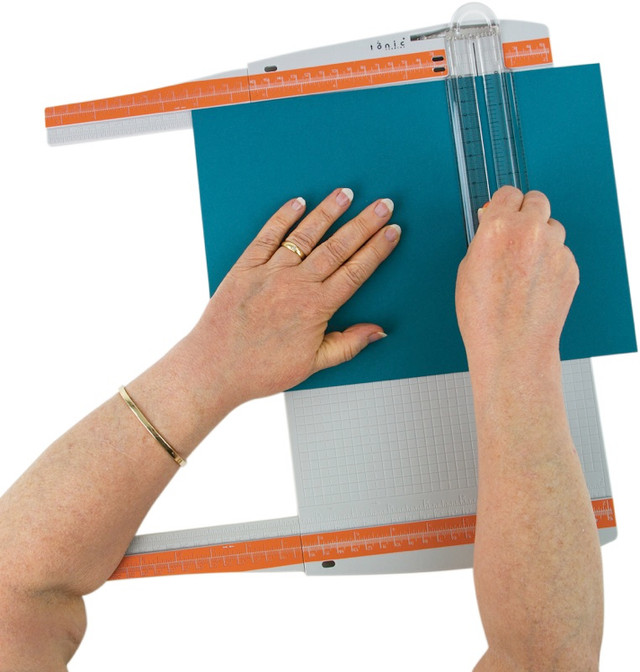 I really like this trimmer; it's the third one I've purchased over the years. I especially like the wide bed on which you place the paper to be cut. It is 6.5 inches wide, which accommodates most paper without using the extenders underneath. It is also one of the few trimmers I've used that has accurate right angle measurements from the top and grid both. And the Oakridge Hobbies price was the best I found on the Internet.

We ship all over the world, offering our customers the most competitive and affordable shipping rates available.

As a 5 STAR Rated Retailer, our Customers know us for consistently having the most competitive prices all year round.

With the Best in Class payment gateways, we accept all major creditcards, and protect you with site-wide SSL Encryption all the way through your checkout process.

×
Ask The "Hobby, Toy & Gift" Experts anything about the products on our website.
We will follow up with you via email within 24-48 hours.
Please answer the following questionnaire
to top